Greta LaFleur is Associate Professor of American Studies. Prof. LaFleur’s research and teaching focus on early North American literary and cultural studies, the history of science, the history of race, the history and historiography of sexuality, and queer & trans studies. Her first book, The Natural History of Sexuality in Early America (Johns Hopkins University Press, 2018), reveals how eighteenth-century race science contributed to emerging sciences of sex in the colonial Atlantic world. They are currently at work on a new project, tentatively titled A Queer History of Sexual Violence (under contract with The University of Chicago Press), which examines the role of cultural and legal responses to sexual violence in the development of modern understandings of sexuality.

Prof. LaFleur is also the editor of three journal special issues: a special issue of American Quarterly, “Origins of Biopolitics in the Americas” (2019, with Kyla Schuller); a special issue of Transgender Studies Quarterly on “Trans Exclusionary Feminisms and the Global New Right” (2022, with Serena Bassi); and a special issue of GLQ on “The Science of Sex ‘Itself,’” (forthcoming 2023, with Benjamin Kahan).

Her writing has appeared in Early American Literature, Early American Studies, American Quarterly, American Literature, Criticism, The New Republic, and on BLARB: The Blog of the Los Angeles Review of Books and Public Books. Their research has been supported by fellowships at the Institute for Advanced Study (School of Social Sciences), the American Council of Learned Societies, the Massachusetts Historical Society, the William Andrews Clark Library at UCLA, the John Carter Brown Library at Brown University, the Clement Library at The University of Michigan, and the American Antiquarian Society in Worcester, MA. 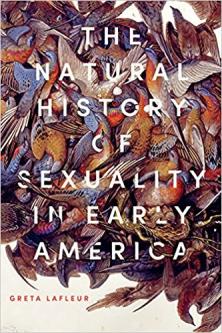 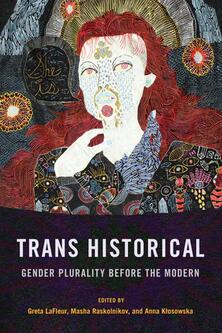 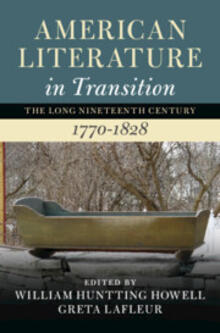