Home » News » Randa Tawil publishes article in Washington Post: Why Trump’s fearmongering about Muslims at the border misses the mark

Randa Tawil publishes article in Washington Post: Why Trump’s fearmongering about Muslims at the border misses the mark 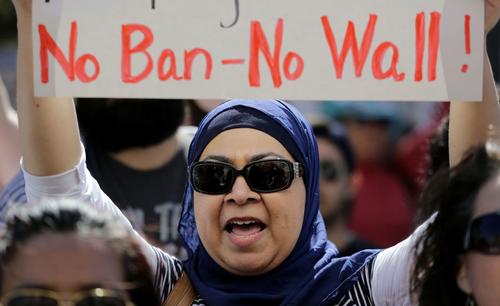 Randa Tawil is a PhD candidate in American Studies and holds a certificate in Women, Gender and Sexuality Studies. Broadly, she is interested in the intersections of race, gender, migration and empire in the United States. Recently published article in the Washington Post.

“On Friday, President Trump tweeted that ranchers around the U.S.-Mexico border have found prayer rugs in the desert, insinuating that Muslims are sneaking into the United States from Mexico. It’s not the first time Trump has invoked the idea of Middle Easterners sneaking across the border, an effort to stoke public fear with anti-Muslim stereotypes.

While the threat is imaginary, the presence of Middle Easterners living and working on the Rio Grande is not. In fact, they have a long history of living in the U.S.-Mexico borderlands and have helped shape that region and the country. The booms, busts and daily lives of these Middle Eastern communities have contributed to the story of North America, all the while enduring persistent American xenophobia as they searched for opportunity and safety.

Since the late 19th century, people from Ottoman Syria, what is now the countries of Lebanon, Syria, Israel/Palestine and parts of Jordan and Iraq, traveled to the U.S.-Mexico border in search of opportunity. They were part of a diaspora known as the mahjar. The exact number of immigrants is hard to determine, but it is estimated that between 1880 and 1950, around 35,000 Syrians immigrated to Mexico and around 800,000 to the United States.”